Providing a Service of the Highest Quality 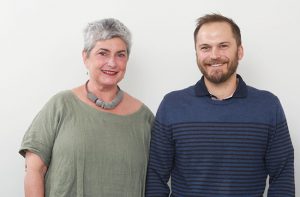 The practice grew and a second partner, Dr Stewart Reid, came on board making Mana Medical Centre Ltd. a partnership.

Population growth in the area persisted and by 1981, an additional two General Practitioners had joined the practice. They were later replaced by Dr Maki Jagose in 1997.

An opportunity to move into a purpose built premises became available and in 1997, Mana Medical Centre Ltd. moved to its current location at 107 Mana Esplanade.

Mana Medical Centre Ltd. has come a long way from its relatively small beginnings in 1975. Its aspirations none the less remain as then, that is to provide high quality health care to the local population and similarly into the future.

Our family doctors work on a roster with all GPs in the Porirua basin to provide afterhours care for the community.

Healthline is a free 24 hour health advice service, funded by the Minsitry of Health, staffed by registered nurses. You can visit their website here or call them on 0800 611 116.

Open 24/7 for accidents and emergencies. For life-threatening problems such as chest pain, breathing difficulties, seizures, heavy bleeding, loss of consciousness please call the ambulance on 111.